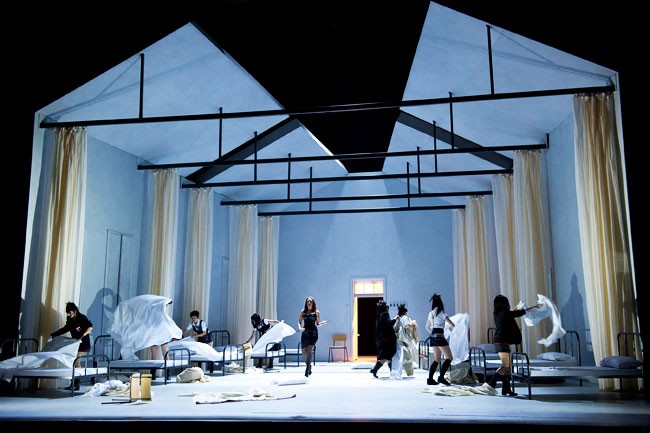 What have Alan Bennett’s History Boys, St Trinian’s schoolgirls and Harry Potter got to do with one of the masterpieces of eighteenth century opera? According to Robert Carsen, director of this year’s Glyndebourne Handel production, Rinaldo, the introduction of these characters is a legitimate attempt to revive for a modern audience the entertainment value of the original production which took London by storm in Handel’s first season at the Queen’s Theatre, Haymarket in February 1711, three hundred years ago. The resulting goings on certainly proved entertaining to the majority of the packed audience but whether they did justice to Handel’s invention or merely distracted from it is a matter for debate.

The libretto of the opera by Giacomo Rossi is based on an incident from Tasso’s Gerusalemme liberata, the source also for Rossini’s Armida seen in Oxford last year, both at Garsington and at the Phoenix Picturehouse, ‘Live from the Met in HD’ – some familiarity with the plot proved an advantage. This concerns the crusader general Rinaldo whose campaign to liberate Jerusalem is interrupted by the abduction of his girl friend Almirena by the sorceress Armida and her accomplice Argante and, in his attempt to save her, is himself captured, bewitched. Though intending his destruction, Armida falls head over heels in love with Rinaldo, while Argante lusts after Almirena. The crusaders consult a magus who advises how to defeat Armida by magic rather than force of arms; the lovers are reunited and Armida and Argante find consolation in each other’s arms.

In this production the curtain goes up on a school classroom (no longer an original idea), where a lone schoolboy (later transformed into Rinaldo) is caught by his mates pinning a portrait of his girl friend (Almirena) in his desk and ragged unmercifully. A dominatrix-dressed teacher (Armida) restores order. The scene is transformed to crusader times by the raising of a blackboard, the donning of cuirasses by the boys and long dresses by the girls, enacting the abductions. So it goes on, switching in time and costume between the crusades and modern times in a random manner: set pieces are a girl’s dormitory for the scenes between the four principals and much business with the repair and riding of bicycles representing the journey to the Magus. (This ended with one bicycle suspended above the stage to cheers and one boo from the audience.) On the advice of the Magus, swords are exchanged for Harry Potter-like wands and the baddies defeated. The concluding scenes involve pyrotechnics and a football game (referring to the renowned football player Ronaldo, I was informed, but also recalling quidditch). The opera ends with Armida releasing Argante from his bonds into her arms.

How one reacts to this concept depends on one’s view of the role of the opera director. The primary aim should surely be to enhance the enjoyment of the creation of composer and librettist, not to provide entertainment by going for cheap laughs and imposed interpretations with the barest reference to the musical context. Here, for example, we have one of Handel’s most beautiful and poignant melodies Lascia ch’io pianga sung by Almirena to the accompaniment of the trashing of the girls’ dormitory and the aforesaid bicycle ride disturbing the extended virtuoso harpsichord obligato brilliantly executed.

The memories one takes away from this performance are the intrusive visual images of the production at the expense of musical inspiration. Only rarely did the singers impose themselves and rise above the distraction. I single out Anett Frisch (a substitute for the original casting) as Almirena, Luca Pisaroni as Argante and the high countertenor William Towers as the Christian Magus. Rinaldo was performed by contralto Sonia Prina who sang well enough though without altogether the authority and presence worthy of the part. Likewise Brenda Rae gave a good characterisation of Armida within the limits imposed by the production concept.

The thirty piece Orchestra of The Age of Enlightenment was conducted on this occasion by Ottavio Dantone, thrilling in the passages with the full orchestra with trumpets but otherwise not playing with its usual precision and colour (I noticed a particularly sloppy bassoon accompaniment). I could not help but recall a truly memorable concert performance of Rinaldo in Birmingham in 1999 with The Academy of Ancient Music conducted by Christopher Hogwood (which led to the definitive recording from which many people will have some familiarity with the opera). Cecilia Bartoli sang Alminera in her characteristic rather breathless style but was completely upstaged by Ewa Podles as Rinaldo, with Gerald Finley as Argante. Is it unfair to have expected Glyndebourne to match the musical quality of this performance, adding a visual element more supportive of the singers?  Of the first 1711 performance HC Robbins Landon writes (Handel and his World, 1964): It was a resounding success, partly no doubt because of the spectacular staging and effects….. to the delight of the audience and the critical fury of men like Joseph Addison, who ridiculed the elaborate staging in The Spectator. Touché! 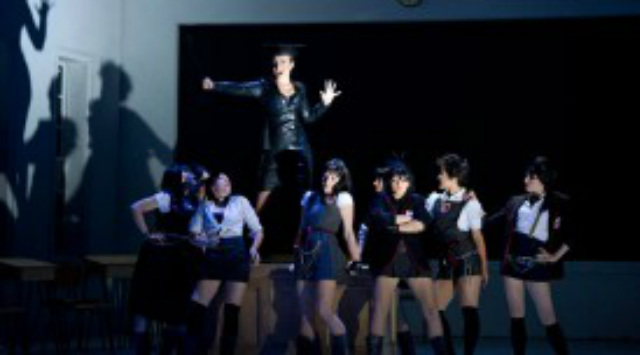