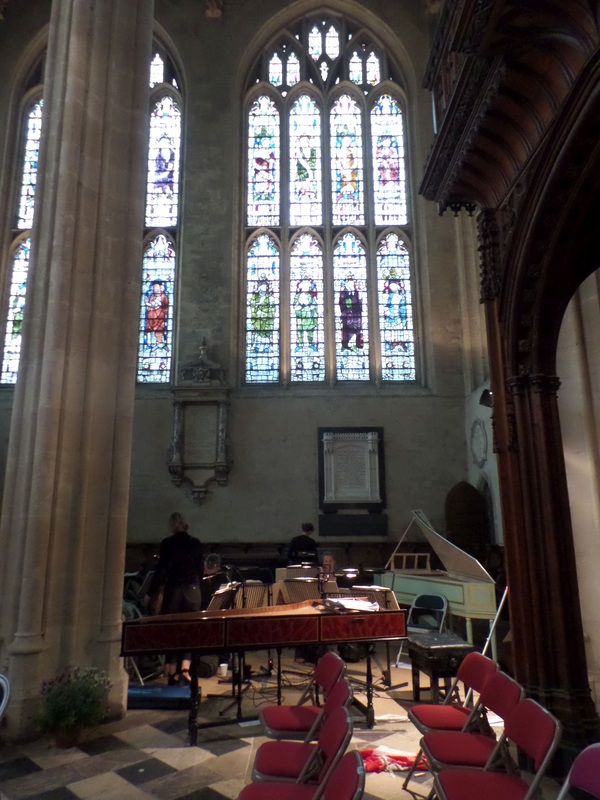 
Joseph Haydn wrote twenty operas for the stage in addition to five marionette operas. Not all of them have survived but a modest recent revival in interest means that nine of them have entries in The Bloomsbury Dictionary of Opera and Operetta, 1989 as opposed to only six in Phaidon Book of Opera, 1977. L’Infideltà Delusa was composed in 1773 the year after Mozart’s Lucio Silla and the year before Gluck’s Iphigénie en Aulide. The Mozart was commissioned by the Ducal Theatre in Milan to a popular reception; the Gluck was a landmark event, introducing the composer to the Paris Court, sweeping away the conventions of Rameau’s era. Haydn’s l’Infideltà Delusa is a much more modest affair, written for the private theatre of the Eszterházy estate. Dealing with domestic affairs of a group of five characters below the aristocratic level of society, it is very much a chamber opera or operlet. It is an ideal choice for the New Chamber Opera’s Summer Opera.

Vanni (Nanni in the original; Vanni in the translation of Andrew Porter used here) is a gardener, in love with Sandrina, the daughter of Filippo who wants to marry her off for money to a wealthy but somewhat dim young man, Nencio. Vespina, Vanni’s sister is in love with Nencio. Sandrina, out of filial duty, gives up her lover. Vespina by scheming and subterfuge with the help of several disguises manages to resolve the situation so that both pairs of lovers are reunited. The meaning of title is intriguing, ambiguous even in Italian (I am told). Various English translations are: Infidelity ‘Deluded’, ‘Disappointed’, ‘Outwitted’, ‘Deceit outwitted’. NCO cops out of giving a translation even though the opera is sung in English. ‘Delusory Infidelity’ seems best to describe the plot.

NCO Summer Events are always promoted, optimistically, as to be held in New College Warden’s Garden though in preparation for inclement weather, numbered seats are also set up in the College Antechapel. Decision time for the Musical Director, Steven Devine, is 6 pm for the 6.30 start. On this occasion the sun was shining at five to six but on the stroke of six there was a torrential thunder storm. We took our seats in the Antechapel, to the sight of a large harpsichord being trundled in and across the stage. As usual there was a long picnic interval with allocated tables in the Cloisters. As we took our seats for the second half, the evening sun was shining again in through the Reynolds’ windows, an ever-changing intensely beautiful sight.

Four of the five singers had performed with NCO before. Still growing in maturity, the vocal standard this year was considerably higher than previously. The diction was perfect so surtitles were not missed and the acting helped to make clear the development of the plot. Thomas Kennedy appeared first as Vanni, wheeling a wheelbarrow in a great piece of character-acting. Rachel Shannon as Vespina arrived, demurely dressed in white blouse, not revealing until after the interval her scheming nature both in and out of disguise; Act II was hers. Adam Tunnicliffe gave an authoritative performance as the insensitive father, as did Kate Semmens as the loyal daughter giving up her lover. Nencio was played by Tom Raskin as an innocent, bewildered by all the machinations. The opera was accompanied by eight soloists from The Band of Instruments directed from the keyboard by Steven Devine. It was at first a shock to hear them burst into mature Haydn rather than the usual baroque style!  The symphonic style of The Band added an extra dimension to the sound.

New Chamber Opera goes from strength to strength under the direction of Michael Burden. His choice of opera is always interesting, both musically and historically, and the staging always guided by the original edition. But above all they are hugely enjoyable.