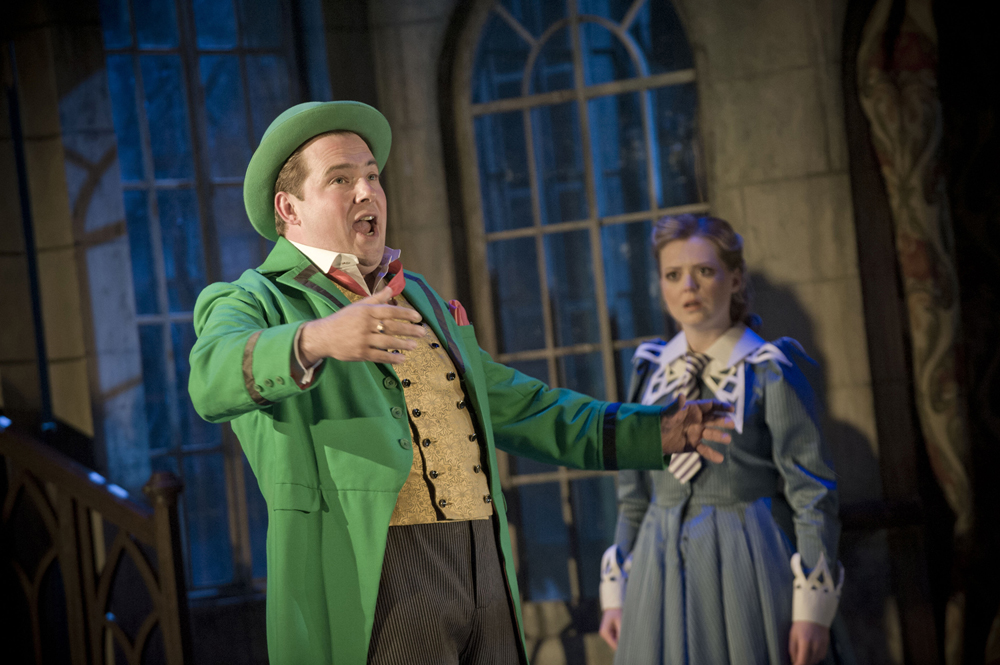 In its 2014 season Garsington Opera offered three operas: Fidelio, The Cunning Little Vixen and a rare opera by Offenbach Vert-Vert. Fidelio to me is far too serious an opera for a summer garden festival; The Cunning Little Vixen was recently seen at Glyndebourne, directed by Melly Still with Lucy Crowe, although regarded by many as a ‘clunky’ production, to me it was almost definitive. The choice therefore fell on Offenbach. We chose a perfect summer evening but were lucky to arrive on time since the driver was held up by traffic congestion in Oxford. Leaving at 5.35, we made it for the 6.15 start in spite of overrunning the Opera entrance (as last year – organisers please note!).

Between 1839 and 1887 Offenbach wrote almost 130 works for the stage. It is not surprising that they are not all of the same quality as Les Contes d’Hoffmann, La Belle Helène, La Vie Parisienne and the handful of great operas and operettas for which the composer is famous. Vert-Vert was written for Paris’ Opéra-Comique and first performed there in March 1869, six months after La Périchole which was revived at Garsington in 2012. Criticised at the time as being more suitable for Les Bouffes-Parisiens than Opéra-Comique, Vert-Vert is a very slight work both musically and dramatically even as the occasion for an evening at Garsington. Both these operas have libretti by Henri Meilac and Charles Nutter but were performed in English translation by the Conductor David Perry, directed by Martin Duncan.

At a convent school in Saint-Rémy, the girls are lamenting the death of a favourite parrot Vert-Vert. At the suggestion of Mimi (Fflur Wyn), who secretly loves him, they transfer their collective affection and the name to Valentin (Robert Murray), an inhabitant of the Convent. What plot there is concerns the attempts by Mimi and Valentin and three other couples to conceal their affections from each other? Schoolgirls Bathilde (Rafaella Papadakis) and Emma (Katy Bray) are secretly married to two dragoons from the nearby garrison town Nevers; the Assistant Headmistress mlle Paturelle (Yvonne Howard) is secretly married to Baladon (Geoffrey Dolton) the Dancing Master. These characters go through a series of adventures, romantic and otherwise, ending in a ‘rescue plan’ in which matters are resolved. Also involved are a theatre troupe and La Corilla (Naomi O’Connell) an opera singer.

All this is performed with delightful humour and enchanting singing before a cleverly constructed set of the convent exterior with a wall permitting secret comings and goings, which opens up in the central Act to form the dragoons’ ‘local’. The operetta contributed a light-weight centre to a most enjoyable summer evening‘s outing but the main memory will be the Jamie Oliver interval dinner, served with perfect timing, in the Restaurant Marquee.