This was a long anticipated opportunity to see a worthy performance of Verdi’s Simon Boccanegra, reputedly one of the grandest of grand operas, the only previous occasion being an unmemorable production by Glyndebourne Touring in Oxford in 1986. For me this was an overwhelming experience, putting the opera in contention   among Verdi’s greatest tragedies Un Ballo in Maschera, Don Carlos and Otello, if not, in the end, surpassing them. 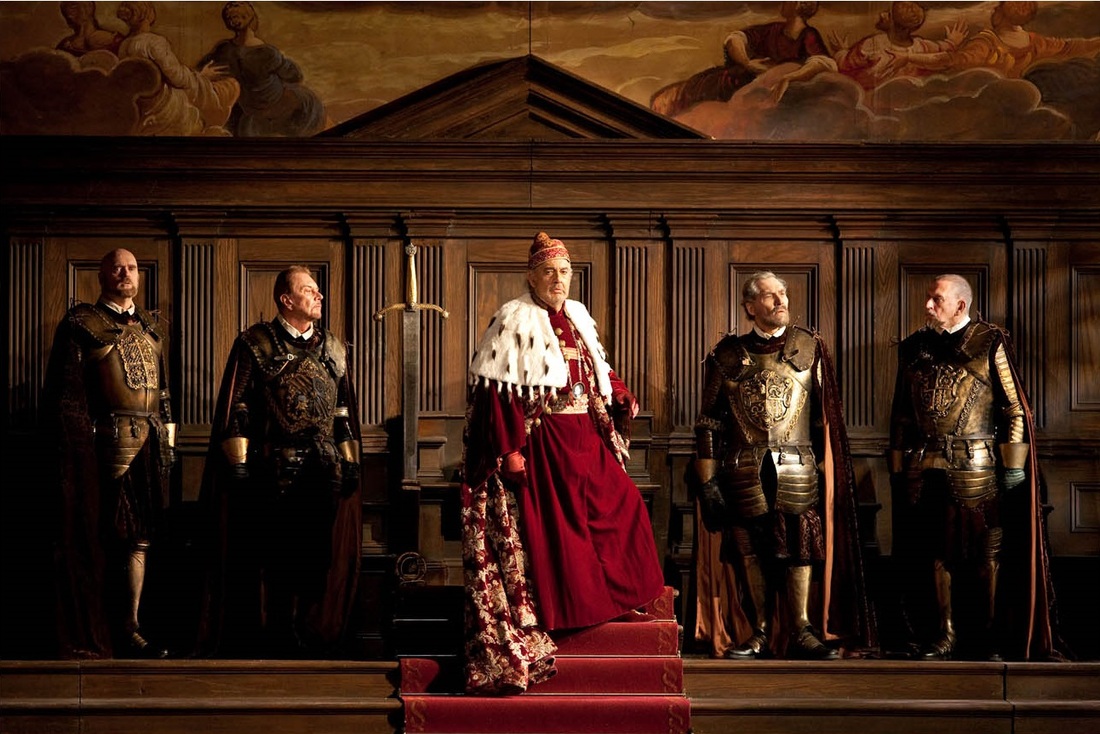 Placido Domingo in the title role of Verdi’s “Simon Boccanegra”
Photo: Marty Sohl/Metropolitan Opera
Its appeal, universal but perhaps of particular relevance today, is its treatment of the complexity of interaction between the private and public life of the political classes, dealing with the consequences of illegitimacy, parental disapproval, paternal love, personal and political jealousy envy and greed, the division of society along class lines, patrician and plebeian, and not least the lack of adequate child-care for the offspring of single parents having to go to sea on which the plot hangs. And yet, the characters are not without honour or incapable of magnanimity.

Maria, illegitimate daughter of Simon Boccanegra (ex-corsair, reluctantly elected Doge of Genoa through the machinations of plebeian leader Paolo Albiani) and of the daughter, also Maria, of Jacopo Fiesco (a patrician leader) goes missing as an infant from her foster-home but emerges twenty-five years later (approaching thirty??) as Amelia, adopted daughter and heiress of the Grimaldi family and, unrecognised, ward of her grandfather.

Amelia, engaged to Gabriele Adorno, a patrician plotting with Fiesco against the Doge, learns the truth in time to prevent Simon’s assassination and gains his blessing for the union thus alienating Paolo who had been promised her hand. Paolo, switching allegiance, poisons Simon who, dying, passes the succession to Adorno.

This Met’s production by Giancarlo Del Monaco, seen in HD at the Phoenix Picturehouse, dates from 1995 when the tenor role of Adorno was sung by Plácido Domingo who has now, after fifty years, ‘come out’ as a baritone to sing the title role. (In 1959 Domingo auditioned as a baritone for Mexican National Opera but was persuaded to sing tenor roles.) On this occasion the tenor was Marcello Giordani, a worthy successor. Amelia, the only female role, was performed by Canadian Adrianne Pieczonka. James Morris was Fiesco and Stephen Gaertner played Paolo.

For the cinema audience the show opened with Renée Fleming intercepting conductor James Levine on his way to the podium for a short interview; the now customary chats with the cast marked the start of each interval (this time dispensing with her prompt cards used on previous occasions), during which we were able to admire the skill of the stage hands in assembling the elaborate sets with chaotic precision.

Designed by Michael Scott, the sets provide convincing authentic fourteenth-century Genoese architecture both outside and inside the Doge’s palace. The whole visual experience genuinely resembled renaissance depictions, the costumes and groupings recalling the paintings of Caravaggio and provided the setting for a remarkable performance.

Domingo had totally assimilated the baritone role and as befitted a doge, his personality dominated but, more, he had the uncanny ability while singing to act convincingly in close-up for the camera. In a slightly passive performance, Pieczonka (a noted Sieglinde) sang most beautifully with a wide range of tone and colour. Morris also made a mark as an impressive Fiesco as did Giordani’s Adorno. All sang superbly well in an integrated performance with great rapport.

This was an exceptional operatic occasion, at least for the cinema audience. Critical for its success was the TV direction of Barbara Willis Sweete and it is disgraceful that she was not credited in the handout. Crowd scenes and close-ups were equally well handled. Only very rarely did we find ourselves staring at the tonsils of the singers, an ever-present danger in this medium which has turned off some viewers and there was one alarming wobble in the transmission in Act III. Otherwise perfection!